A while ago I was watching an episode of the TV detective drama Scott and Bailey. Acting DI Rachel Bailey was leading a briefing. The team were sitting round a desk while she allocated mundane but important tasks such as watching hours of CCTV or checking licence plates.

I felt myself shrinking in my chair, hoping I wouldn’t be noticed, feeling that queasy combination of boredom and mild despair that workplace meetings always engender. And it made me think, this is definitely realistic, but is it entertainment?

Of course it is. I love a good police procedural, in both book and TV form (there are many indifferent ones that do feel like a bad day at the office, but that’s true of any genre). So what I’m really asking is why is it entertainment? Why do those of us who work in offices want to spend our leisure time reading about or watching people who work in offices?

Detectives, clearly, deal with higher stakes than most of us and fictional detectives even more so. For most of us, failing to return a call or troubleshooting a circular reference on a spreadsheet will result in only embarrassment or fleeting euphoria (yes, I am that sad). However, in crime fiction a breakthrough or a mistake will have dramatic consequences.

In a police procedural the detectives may face actual danger or the case may impinge on their personal life. More often, though, the danger is psychological. The case echoes something that has happened to them – bereavement, a failed relationship, a betrayal. Or their drive to succeed in the work is fuelled by the failure of their personal life. Whether they’re seeking justice, redemption or promotion, they have a sense of mission which many of us lack.

Conversely, the realism means we can identify with the characters. They too have friendships and affairs and rivalries. They deal with power struggles, juggle work and home, keep secrets. And the familiar structure of the genre offers the same reassuring rhythm as a real-life day job. You may not always enjoy it but at least you know what’s ahead of you.

The police procedural allows us to play out the dynamics of our daily lives – the perceived slights, injustices and irritations (the colleague who clips their nails at their desk, the mystery owner of the mouldy yogurt in the fridge) but also the humour, the friendships, the achievements. And in a long-running series, you can watch these relationships grow, see people leave and new people arrive, change and be changed by them.

In the end perhaps we love the police procedural because of the form’s particular characteristics but also for the same reason we love all narrative. It takes the terror, the tedium and the joy that is real life and crafts it into a compelling story. And as work becomes increasingly casualised, you may enjoy a longer relationship with your favourite detective than with your employer.

Enjoyed this? Take a look at my crime novel Recognition on Kindle

A child’s evidence convicted him – what if she was wrong? 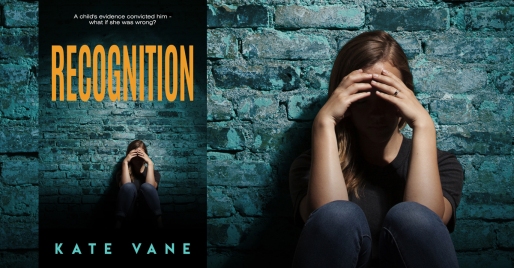