At certain points in the writing process I find I struggle to read novels, as if that part of the brain is already full, so I turn to non-fiction. These are some of the titles that have caught my eye. Most of them are not recent publications. It’s easy to be seduced by shiny new things but I’m trying instead to focus on what interests me.

My local library is small so most of the books I get from there are reserved, but I was lucky enough to find In the Shadow of the Sword by Tom Holland sitting on the shelf. I discovered Tom Holland through listening to Dan Carlin’s Hardcore History podcasts. In the Shadow of the Sword is about the decline of the Roman and Persian empires and the rise of the empire of the Arabs. I know very little about the Near East in the sixth century (!) but am looking forward to learning.

Cairo is Ahdaf Soueif’s memoir of the Arab Spring written in 2012. I’ve enjoyed her novels and her journalism about Egypt so this should be interesting.

The Day the Music Died by Tony Garnett combines his personal story with insights into his career producing some of our most popular television, including Cathy Come Home and This Life. 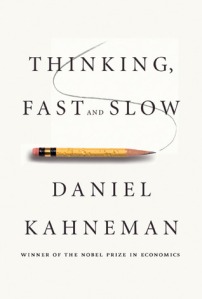 Some time ago I bought a copy of Thinking Fast and Slow by Daniel Kahneman in a Kindle promotion and forgot about it. But I’m inspired to read it now, having just read and loved The Undoing Project by Michael Lewis. Thinking Fast and Slow is about the strengths and weaknesses of intuitive (fast) thinking and how we can avoid cognitive biases by using deliberate (slow) thinking in situations where intuition lets us down.

Nothing but a Circus by Daniel Levin is an account of the author’s experience working with people in power in business and government. It looks askance the absurdity of the global elites and those who surround them.

Even though I’ve since learnt that this won the 2013 Samuel Johnson Prize, I knew nothing about The Pike by Lucy Hughes-Hallett when it caught my eye in a charity shop, perhaps because I’d just got back from Rome. It tells the story of  D’Annunzio’s journey from romantic idealist to right-wing revolutionary against the backdrop of early twentieth-century Italy. Both the flamboyant cover and my glance at the first page suggest it will be an entertaining trip.

The one that got away

Unfortunately my request for a review copy of The Great Leveler by Walter Scheidel was declined. His thesis is that throughout history, inequality has only been reduced at times of upheaval – mass-mobilization warfare, transformative revolutions, state collapse, and catastrophic plagues. It sounds like a fascinating, if depressing read. Hopefully I’ll get hold of a copy at some point.

Read my review of In the Shadow of the Sword