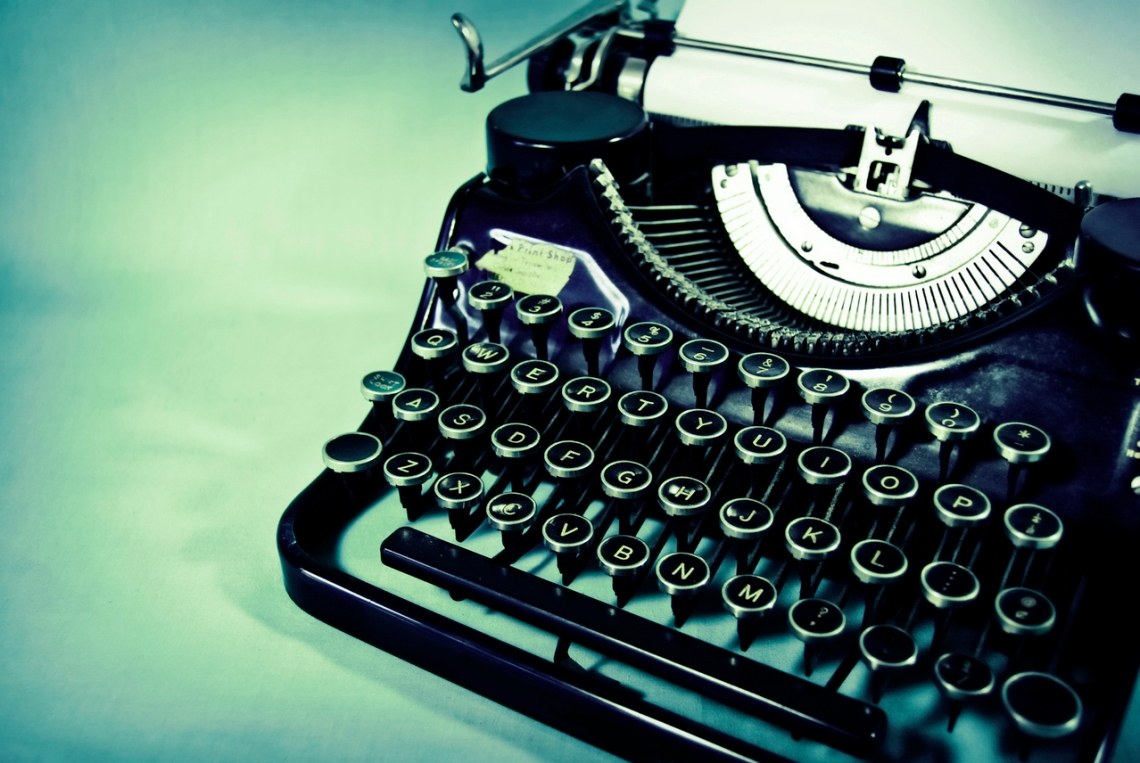 I sometimes hear writers say they find editing their novel tedious. For me it’s the opposite. I’m currently editing my next novel and remembering why I love writing.

I should define what I mean by editing in this context. I’m talking about the substantive editing, or revision, you do when you’ve got a roughly novel-shaped, full-length manuscript, one that’s good enough to show to your trusted reader but is definitely not ready to face the world. For me that’s normally around the fourth draft.

So, what is it about editing?

I need something to work against. I’d like to say it’s because I see every side of an argument. Maybe I’m just contrary. Give me a draft and I’ll tell you all the things that are wrong with it and all the ways I could do it better (even if it was an earlier incarnation of ‘I’ who wrote that draft). You can’t do that with a blank page.

…as Truman Capote almost said of the Beat Generation. The truth is, all draft writing is typing. It might take you an hour or a day to write 500 words. It will take around a minute to read them. A scene that seems to drag on forever in the drafting will turn out to be too abrupt when you read it back.

Whereas you can edit almost in real time. You can read your draft in the same way a reader will, and see what you’ve missed. You will often be surprised. The character you thought was weak turns out to be intriguing. The scene you thought was hilarious falls flat. It doesn’t matter. You can put it right.

For me, structure is the biggest challenge – telling a story with an entertaining plot that also has emotional truth and complexity. You have problems coming at you from all angles. Maybe I can only hold so many things in my head at once, but I tend to focus on getting the shape of the story right first. Refining the rhythm and the texture of the language comes later.

This for me is the reward. Like writing haiku, I can weigh up every word, capture the curve of an eyebrow, the significance of a pause, the particular scent of the breeze on a summer’s day. (Though it’s easy to become obsessed at this stage, and, like Oscar Wilde, spend all morning taking out a comma, and in the afternoon put it back.)

A productive member of society

Creating something from nothing is capricious. You can sit yourself at your desk, you can use various techniques (and waste a fortune on apps and productivity guides) but you can’t make yourself be creative, in the way that you can make yourself do the washing up or fill out your tax return.

When I’m at the early stage of a project, I find it really hard to make progress. This is not uncommon, I know. This is the point at which writers beat themselves up, despising themselves as lazy and undisciplined.

I’ve been writing seriously for over 20 years and I’ve come to the conclusion that this is just the way it is for me. But when I’m editing the work flows easily. If I’m at home, I can do it all day and into the evening. That sense of shame and failure, when you’ve spent all day with nothing to show for it, is gone. 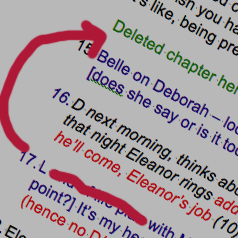 For me editing is the point at which ideas fly. That odd little scene that seemed to add nothing needs only a tweak to reveal its significance. The chapters that resolutely refused to line up can do a little shuffle and suddenly give an elegant new shape to the narrative. Ruthless cuts can be liberating, new scenes flow easily because they know exactly the space they need to fill. The underlying themes and connections become much clearer. You will even discover that your unconscious has planted some without telling you (but you should still take credit for them).

You hear about this all the time from sportspeople. Small, incremental changes can have striking effects on overall performance. It is the same with editing. Add a line of dialogue to seed the mystery, change a few words to make a description zing, tighten up a quiet middle chapter to give it energy – small changes can have a bit impact.

So those are some of the reasons why I love editing. I suppose how you feel about editing also depends on your writing process, but I’ll save that for another day.