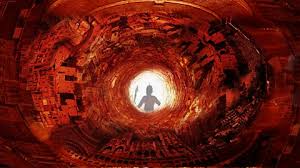 In the Mamluk sultanate of Tumanbay, there is a sense of impending danger. The fearsome armies of Queen Maya are on the march, and her spies are believed to be everywhere in the walled city. There is constant suspicion in the city and the court.

Tumanbay is a society built by former slaves. The wise among them know their lives are contingent, that all they’ve achieved can be taken away. Their struggle is relentless, even – especially – if they are at the top. Nothing is as it seems and power is constantly shifting between competing factions. Torture and shame await those who fail.

This is wonderful drama, full of twists and moral ambiguity. There is a large cast, but the characters are vivid and distinctive so you soon know where you are, if not who to believe. There is Gregor, played by Rufus…