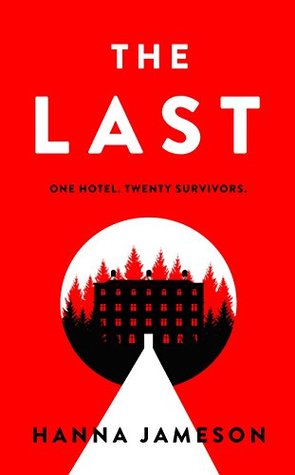 The Last has an original starting point for a post-apocalyptic novel. Jon learns, via the final gasps of social media, that a nuclear war has devastated the world, while he is at a conference at a remote hotel in Switzerland.

He and his fellow residents are thus doubly cut adrift – not only from civilisation as they knew it, but from all the people and places that matter to them most. They have no obvious ties or affiliations to the people around them and they have to form alliances and identify leaders. Jon, an academic historian, decides to write his account of their experiences.

This, for me, is the most interesting element of the novel. Isolated and unsure if anyone else has even survived, they have to harness the resources they have. Leaders emerge, skills are identified. Conflicts develop.

The second element is a murder mystery around a child found dead at the hotel. It seems she was killed shortly before or after they learnt of the apocalypse. Jon decides to investigate. At a time of crisis, he reverts to what he knows – sifting evidence, forming hypotheses about the past, creating a narrative when nothing makes sense.

There is a certain bleak humour in this and it does allow the author to touch on questions of morality and pragmatism – does the death of a single child matter when there has been mass extermination? How would this new society deal with any perpetrator? It also shows the way we displace at times of crisis and gives Jon a pretext to interview a number of other hotel residents. Overall, though, I felt it was the weaker part of the story.

I loved elements of The Last – the unique setting, the characterisation, the lack of obvious heroes and villains, the political debates that resist over-simplification. The sparring between the liberal but rather self-regarding Jon and the gun-loving libertarian Tomi are particularly bracing – you sense the author’s sympathies are with Jon’s worldview but Tomi gets all the best lines.

The end was disappointing and a bit rushed. Without giving too much away, there is a change in the characters’ understanding of what’s left of the world which raised some fascinating questions, but this is hardly examined at all. (It made me wonder if the author was planning a sequel but I’m not sure if you can have a post-post-apocalyptic novel.)

The focus shifts back to the mystery and to Jon’s past life, and a whole lot of information is dumped at once. The final few scenes are a bit repetitive and what could have been a key revelation about Jon’s past is overshadowed because it is already alluded to in dialogue.

Despite these reservations, I enjoyed reading The Last. Hotels are odd places at the best of times, with their calibrated comforts and cheery soullessness, and it’s intriguing to consider the particular challenges of living out all our last days in the world of the trouser press and the hospitality tray.

I received a copy of The Last from the publisher via Netgalley.
View The Last on Goodreads

Enjoyed this? Take a look at my review of I Still Dream by James Smythe