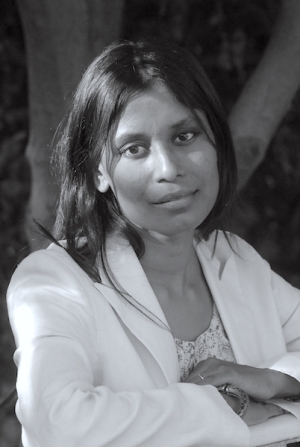 Much of what I know about the Dutch Golden Age comes from fiction (The Coffee Trader by David Liss is a favourite) so I was interested to learn about Lipika Pelham’s history of the Jewish community in Amsterdam. She kindly agreed to talk about her work ahead of her sold-out event  at Jewish Book Week.

What inspired you to write your latest book, Jerusalem on the Amstel?

The idea first came to me in early 2017, when I was asked by the BBC to think of a possible programme to mark 500 years of the Protestant Reformation, looking at it from a Jewish point of view. Deep into my research, I realised there was this incredible era of the birth of the Western Sephardim in Amsterdam, all because of the almighty split in Christianity in the 16th century. Since Catholicism and Catholics were no longer considered the purest religion and the predominant faith group, all of a sudden, previously unthinkable channels of religious heterogeneity and population movement swept across Europe. In that great age of migration of religious refugees, the newly formed Dutch Republic came with the offer of a sanctuary. A carnival of nations arrived at its shore.

I realised I couldn’t put all this into a 30-minute documentary, so I started writing. Jerusalem on the Amstel recounts the history of one of the most oppressed groups of religious refugees, the Iberian New Christians or former Jews who were forcibly baptised, who came to Amsterdam’s sanctuary, rediscovered Judaism and prospered beyond belief. 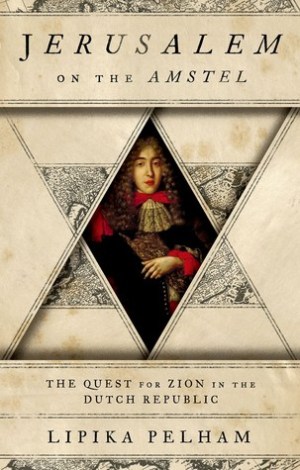 What inspired me is the inner conviction, the inexhaustible optimism of a group of migrants searching for freedom of expression, economic success and self-determination. All of which the reincarnated Sephardi Jews found in Amsterdam. I wanted to tell their story, a story that carries a very timely relevance in the modern world where in recent decades a great number of people have been displaced by religious and other wars. We have seen some gut-wrenching exoduses of people trying to reach safety by boat, caravans or on foot, their odyssey is reminiscent of what the Iberian New Christians, and other minority communities were forced to undertake in early modern Europe.

Many of them settled in Amsterdam’s tolerant atmosphere, protected by the republic’s unique legal system. But still, the Dutch holocaust happened, and it was one of the most painful tragedies given the previous 300 years of Dutch-Jewish history, when Jews were diplomats, merchants, philosophers, and were frequently painted by Rembrandt.

My book asks if tolerance is just about law. Can we change attitude by legal decrees? Did the Union of Utrecht Treaty that recognised freedom of expression, ensure equality among the Dutch Republic’s divided communities?

You’re a journalist and filmmaker as well as an author. What are the pleasures and the challenges of working in so many forms?

Journalism gives me the intrepid, uninhibited drive to chase stories. Once I’ve got them, and I start writing, my experience as a filmmaker helps me visualise my characters on stage, playing the parts that they are good at. I note down the scenes as they are acted out. Often they take me by surprise. Writing Jerusalem on the Amstel, which weaves history into personal tales of perseverance and survival, some of the historical figures came alive, and when I tried to over-embellish their parts, they reprimanded me, told me to curb the excesses of literary licence. It was a challenging project, to overcome this tug of war and chronicle a most extraordinary, glorious chapter in Sephardi Jewish history. My protagonists’ lives were so very colourful, their odyssey so evocative, that I was never short of inspiration.

Marginalised people and groups are a recurring theme in your work. What draws you to these stories in particular?

These stories resonate powerfully with my own search to understand who we are. Migration, displacement, religious, and to some extent, ethnic ambiguities – the themes that I celebrate in my work are an integral part of my own journey. My desire to expound on them is an attempt to redefine, and own my identity. There’re many who would want to be free of the tick boxes that our society uses to categorise us. This had been the case in the past too, the past was as complex as the present. Look at the Marranos – the secret Jews of Iberia forcibly converted to Catholicism – who decided when the opportunity arrived, to revert to Judaism. Identity is not a box you can tick so easily. It’s variable.

What do you enjoy reading? Tell us about

Rudyard Kipling’s Kim. When I was a teenager, Kim was my hero, he grew up in Lahore and travelled in and out of multiple identities, effortlessly. The most memorable line from the book is, “What am I? Mussalman, Hindu, Jain, or Buddhist? That is a hard nut.” However, weary of the weight of identity, at the end of the book, Kipling’s Kim interjects, ‘“I am Kim. I am Kim. And what is Kim?” His soul repeated it again and again.’

I still feel haunted by it.

Nella Larsen’s Passing, about two friends caught in a vortex of race politics in New York City in the 1920s. Through them, we also see the travails of marriage, gender inequality, ‘passing for white’ and the resultant ruptures in identity on both sides of the black and white divide.

The Common Thread by John Sulston and Georgina Ferry. It talks about ethics, politics and science of who we are.

What are you working on now?

Another book. I’m looking into some of the great migrations – both historic and contemporary, to understand whether identity is transferable. Is ethnicity biological? Can there be a socially and legally acceptable status as trans-ethnic, and/or trans-cultural, without the stigma of cultural appropriation?

Lipika Pelham worked in the BBC newsroom for over a decade and also reported from the Middle East, North Africa and Asia. In 2005-13, she lived in Jerusalem, where she learnt Hebrew, made award-winning films and wrote a memoir, The Unlikely Settler. She now works as an independent documentary maker for the BBC and other broadcasters.