I first became hooked on history when I read the Ladybird book The Story of the First Queen Elizabeth. A few years later I dared cross the floor to the adult section of the library and began devouring their stock of Jean Plaidy novels.

Historical fiction is a great way into an unfamiliar period. It brings people and places to life, makes you understand that these aren’t just modern minds in old frocks (while conversely reaffirming that some concerns are universal).

Of course novelists don’t always stick to the known facts, but often the books I read inspire me to go and find out what actually happened (or more accurately, the various interpretations of historians).

Series allow an author to go deeper. Some extend the story over several years or even generations, others will select different themes for each book. Here are a few of my favourites.

My partner is from North Wales so I was glad to learn more about Welsh history and the significance of some of the places we have visited. This series spans the 12th to 14th centuries, beginning with the rise of Llewelyn the Great, and ending with the conquest of Wales by Edward I.

Penman creates a brilliant sense of the period, of political intrigue and conflicting loyalties. She is equally at home recreating the bedchamber or the battlefield, personal rivalries and strategic alliances.  She particularly gives life to the stories of women, such as Joanna, daughter of King John, married to Llewelyn.

The Saxon Stories by Bernard Cornwell

A great writer is someone who can make you love something you thought you had no interest in. In this case it’s war. Uhtred is the son of a Saxon lord but is raised by Vikings after his father’s defeat. He spends his life fighting, first on one side, then on another, through the reigns of Alfred in Wessex, Aethelflaed in Mercia, and beyond.

Cornwell doesn’t flinch from the horrors of battle and he doesn’t try to sanitise his characters. Uhtred loves to fight. He isn’t beyond gratuitous cruelty. Still, he has a moral code of sorts and his upbringing gives him unique insights, as well as divided loyalties.

There is love and adventure and death (mainly death) but there is also great humour, particularly as the pagan Uhtred finds himself in conflict with various priests and monks and most of all, the pious but shrewd Alfred. His story highlights that the distinction between Saxon and Viking, Christian and pagan, wasn’t as clear-cut as we like to think. 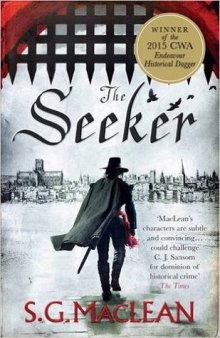 Damian Seeker is a spymaster in the service of Oliver Cromwell whose role is to investigate threats against the Protectorate. Each novel is a mystery which focuses on a different theme. The first is about a conspiracy in the coffee houses of London, the second centres on a radical religious sect, and the third explores the intersection of politics, religion and morality amid accusations of witchcraft.

Seeker is loyal to Cromwell, but not blindly so, and through his eyes we see the divisions within the regime, and in the country. The books powerfully highlight that once you’ve killed a king, all forms of authority are open to question.

Like the novels of Dickens, I felt like I knew the most famous stories in this series — The Three Musketeers and The Man in the Iron Mask — because of all the TV and movie adaptations, but I was wrong. They are set in the 17th-century, giving an insight into the courts of Louis XIII and Louis XIV and the political instability of the time.

The early books are driven by the four protagonists’ action on both sides of the Channel (at one point I was convinced they were going to save Charles I) but as the characters get older the stories turn more to court intrigue and conspiracy.

Again like Dickens, the books fluctuate between baggy and brilliant. They are rich in wit and humour and adventure. The characters are much more vital and differentiated than I remember from the Hollywood versions and there are also moments of real darkness. And they don’t always get what they want. D’Artagnan’s middle years, where he has to come to terms with not being the hero he was in his youth, and somehow maintain his sense of self-worth at a time when his life is at a low ebb, are particularly well done.

This trilogy charting the life of Thomas Cromwell, chancellor to Henry VIII, is written in startling prose, and makes a familiar story fresh. It is a fascinating study of power and the trade-offs between principle and pragmatism. Bring Up the Bodies, with its tight focus on the life of Anne Boleyn, is particularly poignant as it dramatises points where you feel there could have been a different outcome.

What intrigues me is that, despite the overwhelming weight of evidence that things can’t end well, ambitious people queue up to take positions of power around a tyrannical ruler, somehow convinced that they can be the adult in the room, and be the one to keep their head where everyone else has failed. 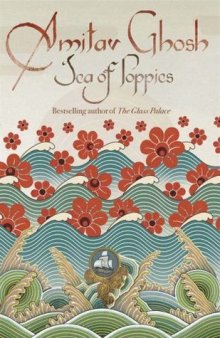 I’ve hesitated to include this because I did feel disappointed by the last book, but the first two are wonderful. The trilogy begins with a diverse group of people travelling aboard the Ibis from 19th-century India to Canton shortly before the start of the Opium Wars. The second and third books follow up what happens to them after that voyage.

The theme that runs through the books, and the lives of characters from India, America, Europe and China, is opium. The language is incredibly inventive (if challenging) rich in imagery and the rhythms of pidgin, dialect and slang.

The sadness in reading these books is that there should have been more. JG Farrell was working on a fourth book when he drowned while out fishing. He has left three searing dissections of the decline of empire in the Indian Mutiny, the Irish War of Independence and Singapore on the eve of Japanese invasion.

He writes with a wonderful sense of the absurd and can turn in an instant from light social comedy to the darkest violence, highlighting the contradictions in colonial occupation. You can read more about this in my review of Troubles.

Wars of the Roses by Conn Iggulden

This series of four novels covers the Wars of the Roses from the ascent of Henry VI through to the Battle of Bosworth. I binged the whole thing on audio (brilliantly narrated by Roy McMillan).

The battles are stunningly portrayed, and the details about daily life in the period, but the thing that struck me most was what it says about the nature of leadership. Through his vivid depiction of the key characters, Iggulden really makes you think about the relative importance of charisma, strength, intelligence, low cunning and sheer brutality. And to wonder whether fairness and kindness have any role to play at all. If your enemy is ruthless and unconstrained by empathy, how can you afford to do the right thing? A question which sadly seems as vital as ever.

What are your favourite historical fiction series?