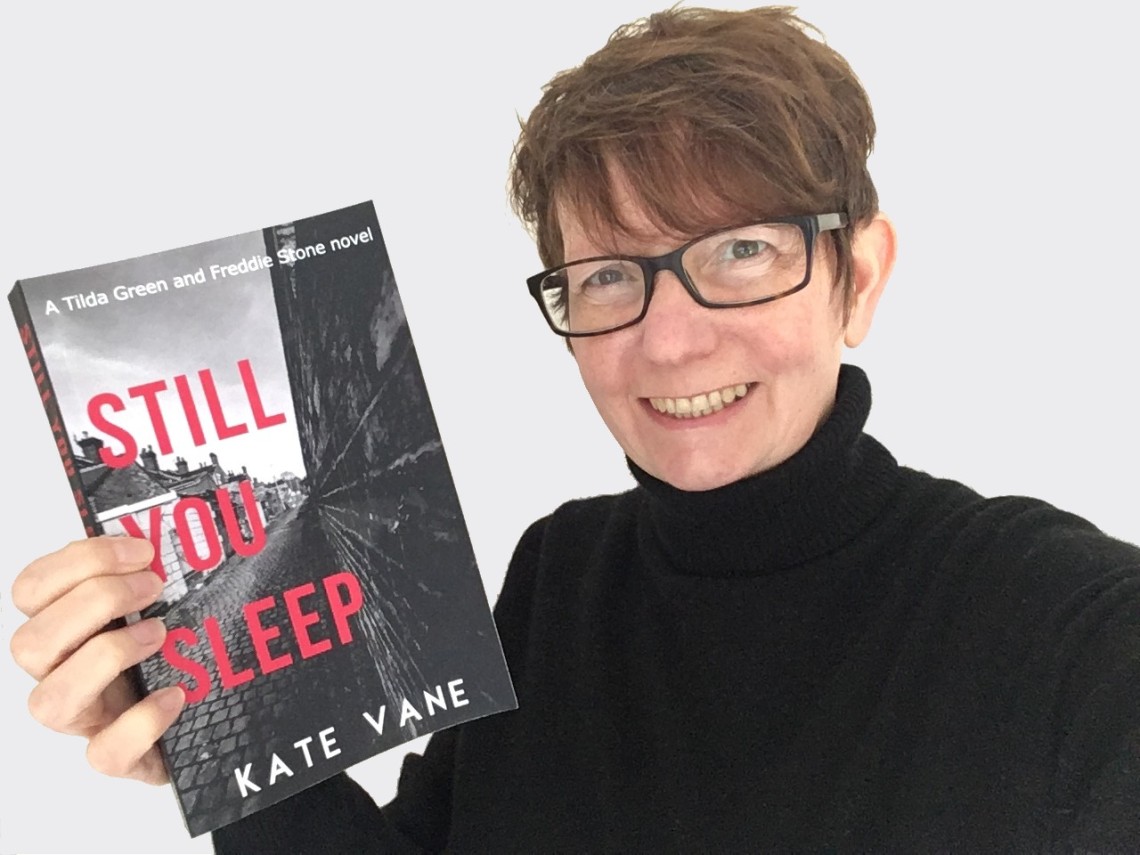 My new crime novel Still You Sleep is published today! A big thanks to everyone who has spread the word, shared on social media and especially to reviewers.

Still you Sleep is available in paperback and Kindle.

Why wasn’t she safe at home?

Vikki Smith was a young woman with a learning disability, living independently for the first time, when she died of a drug overdose.

The police think it could have been an accident, but messages on social media suggest someone was exploiting her death for their own ends – before it was even announced. Her mother is convinced it was murder.

Redundant crime reporter Freddie Stone is a family friend. He wants to help them – and his failing career – but he’s a people person. He asks online journalist Tilda Green to work with him.

Tilda is curious, passionate and runs her own campaigning news site. She’s open to everything except compromise. But she’s intrigued by what Freddie tells her and agrees to work with him – for now.

Tilda thinks the trolls are organised and have links to hate groups. A charismatic local politician is determined to take them on. Some question his motives but Tilda trusts him, maybe too much.

Freddie believes the answer to Vikki’s death lies on the estate where she lived, if he could only get someone to speak out. He wants to know who was bringing drugs into Vikki’s home. He chases old contacts while struggling with his new life.

Beyond the virtual hate and her neighbours’ silence, someone knows who killed Vikki. Tilda and Freddie are determined to find the truth and tell her story.