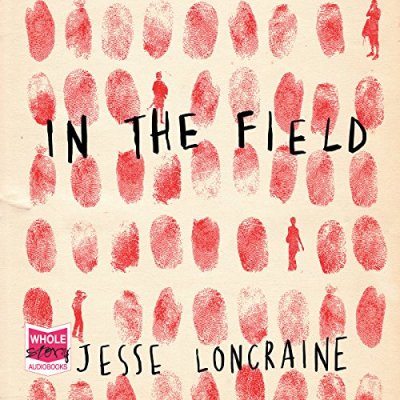 Sometimes you happen across a book that you feel should have had a lot of attention but somehow didn’t. In the Field is a stunning novel, even more so as it was the first (and as far as I can tell, the only) by Jesse Loncraine.

In an unnamed East African country, a village is devastated following a raid by militia which killed many of the adults and kidnapped the young boys. Christine Lokeka is mourning the death of her husband and the abduction of her son, Paul when she has a new purpose forced upon her.

Christine’s story is written up by a young Western journalist, Orin Perth, and gains widespread attention. Orin however, has issues of his own, and disappears just as he is being praised for his achievement. His mother Liz, also a war reporter, is concerned and leaves her sickbed to return to Africa to search for Orin.

The stories of the two mothers and sons entwine in a story that is at times disturbing, at others uplifting, but is never predictable.

The narration follows all the main characters. Loncraine cleverly highlights the way in which the militia’s leader, known as ‘the General’ breaks down the boys, with a lethal mixture of charm and brutality. He singles out Paul for particular attention, even giving him a new name.

You get an appreciation of the fractured childhood of Orin, the life in the city where he lives, and the political machinations that the story of Christine provokes. Meanwhile you see the resourcefulness that gave Liz her success and the strength and courage that leads Christine to undertake a journey with appears to take her away from her past but has unexpected results.

In the Field is brilliantly narrated by Adjoa Andoh. She brings the various characters vividly to life, from Christine’s quiet determination, to Liz’s dry wit and unflinching assessment of her failings, to the sinister charisma of the General.

I love the cool, unflinching prose and the complex characterisation. The threads that tie the two families together – personal, social and political – are cleverly drawn without being contrived.

In the Field is a novel with a powerful emotional resonance and one that leaves you thinking about the ways we are connected and estranged within families and across continents.

View In the Field on Goodreads

Enjoyed this? Read my review of A Single Source by Peter Hanington, another novel featuring a foreign correspondent covering political upheaval, this time in Egypt.