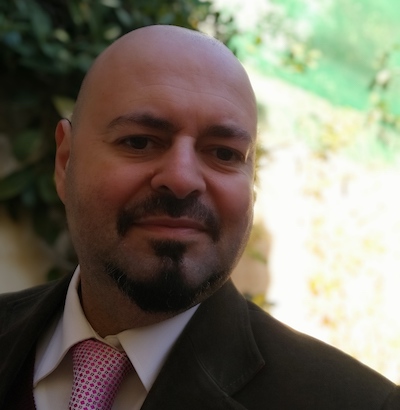 At a time when we’re unable to go very far, I’ve been enjoying travelling through fiction. So I was interested to hear about travel writer Richard Zahra’s first novel, By Way of the Valley, which highlights both the beauty and the darker side of Tuscany.

Here he discusses the inspiration for his story and the quiet heroism of ‘ordinary’ lives.

During my 1980s childhood, I was fascinated by the notion of the hero. At the time, my perceptions of the hero figure were influenced by romantic larger-than-life characters like King Arthur, Ivanhoe and Rob Roy. As you might have surmised, I was weaned on the classics by my much missed father. Not surprisingly, I was considered a bit of an oddity by my contemporaries, most of whom found classic novels too hard to chew.

As I grew older, I started discovering other kinds of heroes, especially when I delved into the works of more contemporary authors and movies. The shining armour of the macho King Arthur became tarnished in my eyes, and the dogged persistence of the likes of Vianne Rocher (Chocolat) bedazzled me. I discovered an admiration for the mundane and practical hero archetypes, who took their tribulations stoically and faced their daemons by wielding wit and word rather than sword and shield.

As I trudged on into middle age, I was hit by the realisation that the very act of living required a lot of courage because life would periodically deal stinging blows to you, no matter who you are. Living in the hope that such catastrophes would never hit you would be delusional. It was not a question of if but when.

I consider myself lucky in having discovered early on in my life the joys and therapeutic effects of slow, immersive travel. And I channelled that bliss into travel writing, which has been my main writing endeavour before I embarked on my debut novel. Writing makes you acutely perceptive of people and places, and it led me to the realisation that both aspects of a journey, people and place, are intricately interwoven. People make the place and place makes the people.

It was during one of my travels, a few years ago, that I was gripped by an inexplicable urge to tell a story. Perhaps, that drive was spurred by the outlandish landscape. Maybe, it was the particular characters whom I met and befriended. Both were two sides of the same coin – the Valdichiana – a lush valley in Tuscany that had been morphed over the centuries from a malarial marshland to the pastoral idyll that people perceive it to be today.

As I travelled from one hilltop town to another, I discovered priceless treasures hidden in plain site. Works by the likes of Signorelli, the della Robbias, della Gatta and contemporaries like Gino Severini, could be enjoyed in tranquillity, far from the noisy crowds. Most of these works were displayed in unassuming Renaissance churches that were part of the fabric of those small timeless settlements. In the Valdichiana, the past was tangibly present everywhere you stepped.

Not surprisingly, that arcadian landscape beckoned me to be the backdrop of the story that was taking shape inside my head. Just as in real life, the characters and their fate would be intricately linked to the place where the story would take place. An unlikely hero was born – very unassuming and mundane, whose boring life was highlighted by a series of unfortunate setbacks that shook him to the core. Duncan Dyer, as he would later be baptised, would have to rise up to the occasion and figuratively and literally fight for his self-actualisation – become the everyday hero that each one of us needs to become if we want to follow our bliss. Duncan’s journey into the unknown required more than a passport – it necessitated the badge of courage.

During my own travels along the Valdichiana, I had the fortune of meeting a number of expatriate residents, some of whom had become fully adopted citizens and who were intent on giving something back to the land and people who had welcomed them. Thus, the world famous expatriate author Gordon Bell was conceived. His presence in the novel is ethereal but tangible. I meant him to be the embodiment of the loved ones who have passed away but who still exert an influence over the hearts and thoughts of those who miss them.

By Way of the Valley is a journey to an outlandish place, where sinister forces are seething and bubbling beneath a deceptively idyllic mantle. Romantic notions of Italy often make us see it simply as the bel paese, but the people who dwell there and are wiser in its ways, are acutely aware of its dark face.

Duncan, the protagonist of the story, leaves his old life behind to go searching for Gordon Bell’s diary. He is spurred in his journey by the mysterious Elijah who exerts his influence from the shadows. Things are never as they seem, and it is difficult to discern good from evil, because the characters often wear masks. The artistic and religious treasures of the Valdichiana are the stepping stones of Duncan’s quest, which becomes an ordeal of the mind, body and spirit as it progresses. Thankfully, not all is grim. Beautiful but elusive Laura’s path crosses Duncan’s, and her knowledge of art history becomes an invaluable asset to their partnership, which is also fraught with uncertainty. As Duncan struggles from one ordeal after another, he has, by necessity, to reinvent himself into the man he has always longed to become. However, that bid carries a great cost. His search for the truth has stirred up a hornet’s nest, pushing dark forces to muster against him in a relentless effort to shut the lid of the dark closet that he has uncovered.

Will Duncan, whose life had spiralled down into one failure after another, succeed in pulling through his quest for justice and redemption?

Maltese-born Richard Zahra has written travel articles for publications across various countries. A science educator by profession, he is also a lover of history, art and world cultures. He is a passionate traveller who has fostered a compulsive love affair with Italy. His debut novel is the result of that passion.

About By Way of the Valley

Recently unemployed and divorced Duncan Dyer quits his predictable and disappointing life in Malta to head for Tuscany, in search of his late mentor’s precious diary. The untimely death of the famous Scottish author Gordon Bell, attributed to accidental mushroom poisoning, has raised many eyebrows. Duncan’s search, spurred by the mysterious Elijah, turns into an extraordinary ordeal of the mind, body and spirit, as he travels from one ancient town to another, in search of obscure clues that are hidden in plain sight amidst the artistic and religious treasures of the Val di Chiana. Accompanied in his quest by the beautiful but elusive Laura, Duncan unravels more than he bargained for. In a journey that spans distance, time, and the world of the living and the dead, Duncan reinvents himself into the man he always longed to become, but risks being smothered by the sinister forces that have stirred up to stop him from taking the lid off the dark closet.