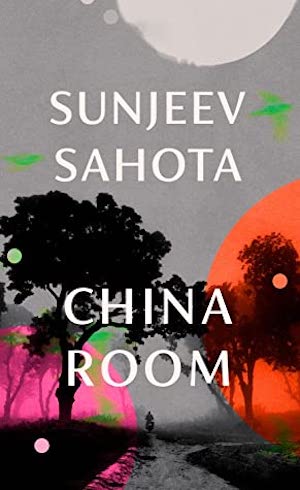 China Room begins in a Punjabi village in the 1920s. Mehar is one of three young women who have just been married to three brothers. They are all living under the authority of the men’s mother, Mai.

The three young women are not told which brother they are married to (it is not clear why – whether it is traditional or another way for Mai to control them). They are veiled by day and each is only alone with her husband when instructed by Mai to sleep in a pitch-black room. This leads to a misunderstanding which, combined with Mehar’s chafing against the limits of her new life, has dramatic consequences for them all.

There is a second strand to China Room, which is the story of an adolescent, the great-grandson of Mehar. It is the 1990s and he is sent by his family from their home in Britain to spend the summer in India. While there he lives and works on the farm where Mehar lived and hears hints of her story, while trying to work out his own problems.

The story of Mehar is fascinating. I loved the relationship between the three young women, each reacting differently to their strange new life. The writing is beautiful, atmospheric and understated. The drama is played out against the wider context of the growing movement for independence from the British.

There are so many dynamics playing out – between the siblings, between them and the matriarch, in the friendships of the women, between the genders. There is their relationship to the wider society – urban versus rural, between religious groups, between Indian and British.

I found the story of the unnamed narrator less interesting. It’s further complicated by a frame which has him, as an older, settled man in 2019, looking back at his teenage self, and then in turn linking it thematically with the story of Mehar. I must admit that my heart sank a little each time I started a chapter about him, and I was impatient to get back to what felt like the real story. I wish there was either more of Mehar and how her life led to the dramatically different experiences of her descendants, or a stronger narrative in the 1990s story.

There’s a family photo at the end, suggesting there’s a strong autobiographical element to China Room. It seems it was Sahota’s own experience that drove him to write the novel, but I keep thinking of that writers’ workshop saw – the thing you most want to say is the bit you should leave out.

I received a copy of China Room from the publisher via Netgalley.
View China Room on Goodreads