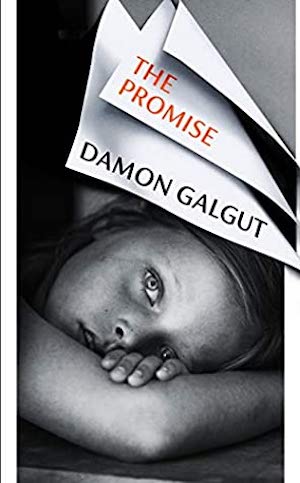 The Swarts are a family of white South African farmers. The Promise tells their story from the 1980s onwards through the prism of four funerals. It begins when Amor is brought home from school to join her father and siblings because her mother Rachel has just died.

The promise of the title was made to Rachel by their father. Rachel wanted their black servant, Salome, to have the house she lived in on the farm. Amor witnessed his agreement and presses him on it but to no avail.

You might therefore expect the promise, its consequences, and its effect on Salome and her son to be central to the novel. Instead it is background, as is apartheid and its aftermath, the changing political culture, crime and corruption, truth and reconciliation, and outbreaks of violence. They are all part of the lives of the characters, and they shape them in profound ways, but for the characters money, sex and the search for meaning are to the fore.

In a sense this is a powerful comment. Something that would be transformative for Salome is of only marginal interest to the family, an irritant in the corner of their eyes. Despite the fact that Salome grew up with Rachel, and her son was a childhood friend of Rachel’s children, that she is a constant presence in their home, cooking and cleaning and nurturing, we have only occasional glimpses of her and learn little about her thoughts.

However, there is also an implicit promise to the reader that this conflict will drive the story. I kept waiting for the novel to get going, dismissing the family soap opera as a prelude to the real narrative. When I was halfway through and realised that their patchwork of inner musings was the novel, I wondered why I should keep reading. The Swarts just aren’t that interesting (despite some of them dying in dramatic fashion).

The writing is good, there is lovely observation and moments of wry humour, but that will only get you so far. And ‘you’ are rather central to the narrative, which roves around various points of view. As well as the family all having their say, sometimes in alternating sentences in the same scene, minor characters appear for a few pages then fade away. Dialogue is not punctuated so it’s not always clear what is spoken and what is only thought.

A god-like narrator occasionally intervenes and breaks the frame, but not with any consistency, so the ‘you’ in any given sentence might be the reader, or a character accusing another in their thoughts, or addressing their own divided self.

I did read to the end, where there is a resolution of sorts, but it is contingent, the authorial voice points out it couldn’t have happened exactly as it’s told, the outcome is not what any of the various yous might have hoped for, it will not heal all that has gone before. In this, the family drama and the national one are neatly tied.

Overall, Booker Prize winner The Promise was interesting in many ways but felt too long, while Booker shortlisted The Good Doctor was a terse, brilliant read that told a complex story of post-apartheid South Africa through a confined cast of characters. Is it another case of right author, wrong book?

I received a copy of The Promise from the publisher via Netgalley.
View The Promise on Goodreads