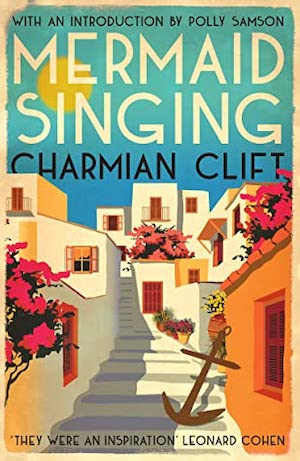 This is the first of two books Charmian Clift wrote about her life in Greece with her husband, George Johnston, and her two children. The artists’ colony that grew up around them on Hydra, which included a young Leonard Cohen, was the inspiration for Polly Samson’s A Theatre for Dreamers and features in the sequel to this book, Peel Me A Lotus. Mermaid Singing, though, focuses on their time in Kalymnos, for what was then intended to be a stay of a few months, while Clift and Johnston collaborated on a book.

There was a time in the early 2000s when there was a glut of this kind of book (and corresponding TV programmes). Fuelled by cheap flights and freedom of movement, everyone dreamed of starting a sunnier, simpler life on a mountain or by a beach. The books could be aspirational and humorous as they described their authors’ struggles to adapt but at their worst they could turn every anecdote into a “funny foreigner” story.

Mermaid Singing, first published in 1958, was well ahead of this trend and avoids that pitfall. Clift writes with great compassion and curiosity about the people of Kalymnos, neither ridiculing them nor accepting uncritically their way of life. What for Clift is an opportunity to live cheaply in a stunningly beautiful location — both mountain and beach — she appreciates is a challenge for its residents.

The island is in a period of transition. The whole economy is based on the sponge divers who undertake dangerous and demanding work, sailing away for the summer and not returning till the autumn. Many of them are killed, those who are injured are condemned to a kind of twilight, finding work where they can, shunned by their former comrades as representing the fate they may face. Despite the terrifying nature of their work, the loss of it feels worse. Demand is already falling as synthetic sponges become more widespread. Many men are trying to emigrate, other families on the island are reliant on those who have already left.

There is also poignancy when they visit a convent and their friend-cum-housekeeper  talks wistfully about being a nun. They are surprised initially but then Clift thinks about the demands on women on the island — married at a young age, producing babies year after year, keeping the household together while their husbands are away for months on end.

Clift’s writing is lyrical, capturing the unique atmosphere of the island, its festivals, the sociability of the islanders, the food — or its lack. She can also be acerbic in her observations, such as on the low status of women and the flipside of the gregariousness of her neighbours — the fact she and Johnston can never be alone.

She also writes movingly about the change it has meant for her own family. I can’t help a wry smile when she talks of the tyranny of the evening news (what would she have made of Twitter!). Other concerns are unchanged – she thinks of how confined her children’s lives were in London and how much energy she expended on keeping them entertained during the school holidays. In Kalymnos they roam free all day, only returning for meals (and not always then).

Clift’s writing is beautiful, and she draws on more than her observations, peppering her writing with history and myth, both focused on the immediacy of life in the island and seeing its place in the wider world. There is a sensuous immersion as vivid as the light and landscape of Kalymnos.

Enjoyed this? Take a look at my review of A Theatre for Dreamers by Polly Samson